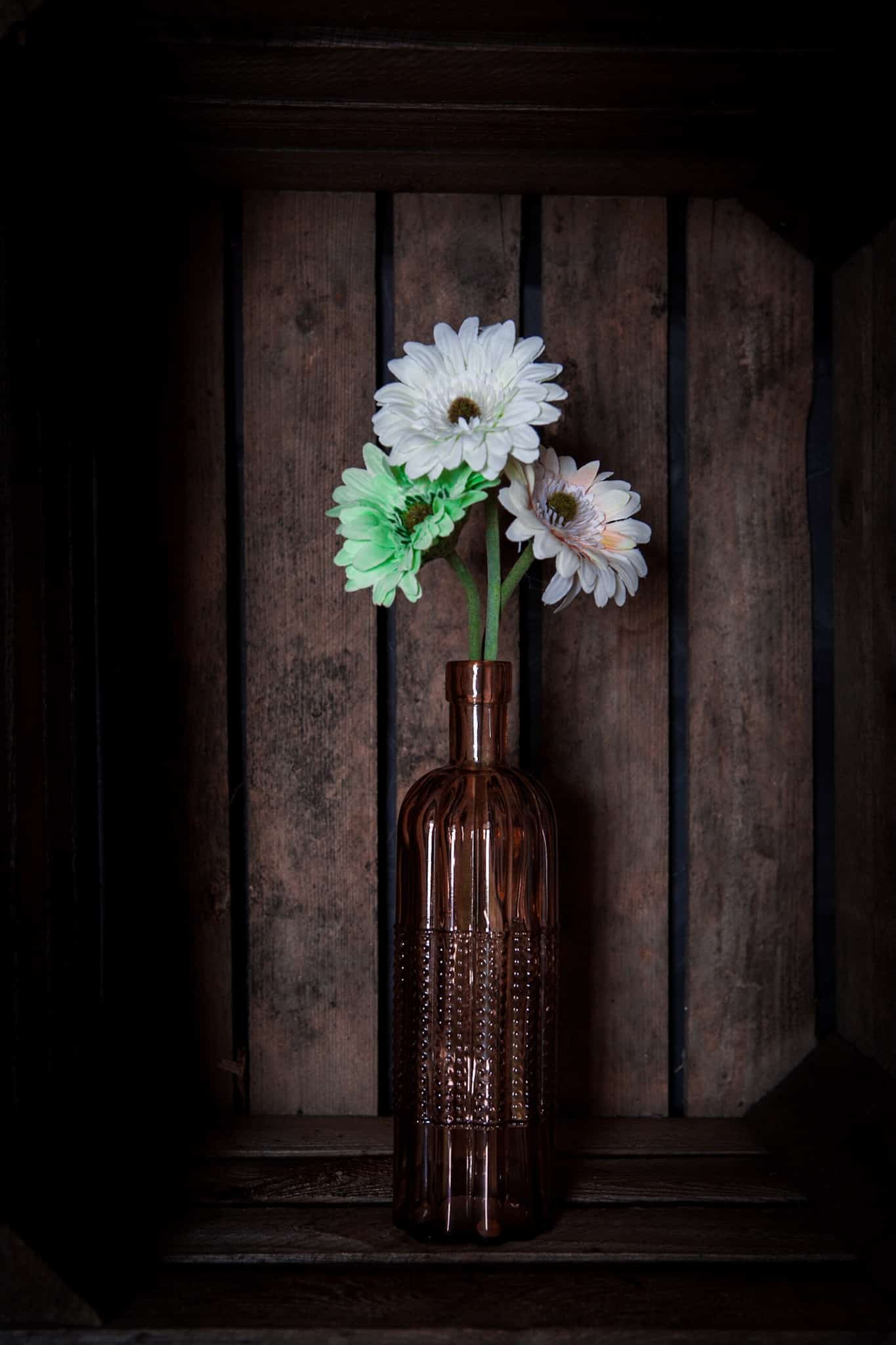 It’s Sunday, it’s really, really cold outside, and I don’t feel like sitting behind a computer or in front of the tv all day. So, then what do you do? Right, you take out some flowers you have laying around in a cupboard, you put up a fruit crate, put the 24-70 on the trusty ole’ Canon 5D MkII and you start shooting some still life.

After about 2 shots, the creative juices started flowing, and the stock photography business mind started working too.
What if… we used different colors of crates? Or instead of flowers, we used herbs and other things to put in the crates?
And what about the background behind the crates? What if we tried with black instead of white? 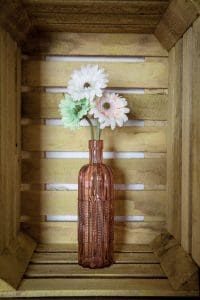 Gerberas in a vase light version

Two hours later, we had a whole series of images, with black and white backgrounds, yellow, brown and green crates, different flower setups, different herbs, and even a gazillion more ideas ready to start shooting next time.

While shooting and trying, we started bracketing around a “perfect” exposure. In that way, that we shot what the camera’s light meter was telling us, but we also shot some extra pictures, with an exposure which our feeling was telling us to shoot.
This way, we got a series of pictures with a black background behind the crates, which we underexposed for one stop, and a series of pictures with a white background behind the crates, which we slightly overexposed, about 2/3th of a stop. 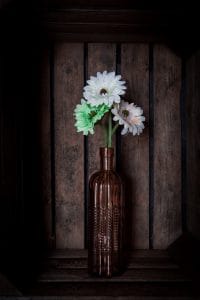 Gerberas in a vase dark version

Post processing the pictures was fairly easy, I downloaded all of them into Adobe Lightroom, popped up the vibrancy of the colors a bit, and added some more contrast to the darker pictures.

You can see one example of each in this post, the darker pictures against a black background, and the lighter pictures against a white background. I haven’t submitted them to any stock agency yet, so at this moment, I don’t know yet which will be more in demand. Hoping to find out soon though!
And which one do you personally prefer? What’s your favorite? Let me know in the comments below.