By now almost everybody has heard that Facebook is the next big thing in marketing, and that you shouldn’t have a blog without having a Facebook fan page. There is some truth to this, but the truth of the matter is that most people who set up a page on Facebook never manage to drive a significant amount of traffic to their site. 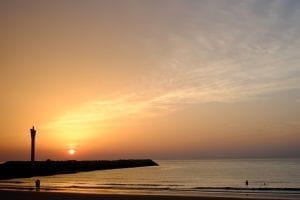 This doesn’t mean that Facebook is the wrong place to promote your site. It does mean that most people who try to promote their site on Facebook don’t know what they are doing. What’s the “trick” to capitalizing on this social network? These tips should put you in the right mindset.

People need a reason to subscribe to your Facebook fan page, so make sure that you are regularly updating your page. Go too long without updating and your fans will forget about you.

By the same token, excessive updates are a definite no-no. Most people come to Facebook to talk to their friends. If you update once ever day, or every two days, you’ll give them something interesting or entertaining to share with their network. If you update twelve times a day you will overflow their stream and become a nuisance. This will cause them to either tune you out or “unlike” you.

The most important thing to realize about Facebook is that it is a two-way medium. Users can talk back, or even talk first. Success on Facebook requires you to get out of the broadcasting mindset. Rather than just producing content, it’s important to spark and join conversations.

Of course, the conversation has to start somewhere, and most of the time that isn’t going to start on your own page. The reality of the situation is that until people have heard from you they won’t join your page. If you have the money, Facebook ads can work, but one of the best ways is simply to seek out conversations and join in.

Visit Facebook pages that are related to yours and answer people’s questions, chime in with your input, and be helpful. This is one of the most effective ways to get the word out and grab some attention.

Once you have a big enough following on your own page, you should encourage interaction as much as possible with polls, questions, and provocative statements. Be open minded and accepting enough that you don’t put off too many people, but at the same time don’t hide your own opinions. People respect somebody who has genuine opinions and doesn’t come across like a politician.

This is another key component of Facebook strategy that most bloggers and internet marketers fail to realize. In many ways, your relationships define who you are, at least in the eyes of your audience. The exact same site or fan page appears much more interesting and authoritative if it is introduced to you buy a prominent blogger, or by somebody you know personally.

When you build relationships with influential people, and simply with the kind of people who love to share your content with their friends, you are investing in your future. Facebook is one of the best places to accomplish this. In many cases it is worth taking these relationships into the realm of instant messaging, or even email, in order to give them a more “intimate” tone. This is one of the most important things you can do to boost your results, so don’t skip this vital step.

But what about the dreaded Facebook Timeline Algorithm I hear you say? It’s true… it’s a pain, and it is killing your possible Facebook traffic numbers. With a bit of bad luck, you can have a fan page with 2000 fans, and only 20 people see your update (this is called your “Reach”). But, there’s a light at the end of the tunnel! A dim light, true, but there’s light! When you use the steps mentioned above, build connections, interact with your fans, get them to like your posts, share them, comment on them, your “Reach” will increase. The Facebook Algorithm takes into account how popular your page is, not in terms of fans, but in terms of interaction. And the more people are interacting with it (which they’l tend to do more if you interact right back at them), the more the Facebook algorithm will put your post on the timeline of this interacting fans. But also on the timelines of their friends, and of the fans that don’t interact so often.

Despite the dreaded new Facebook algorithm, it is still very much possible to get quite an amount of traffic from Facebook. It just takes more effort.