17 Shares
You know how it goes, you have your trusty (old) iPhone, which has been doing its job pretty well for the past few months/years (my iPhone 6 is over 3 years old, and heavily used, and still working great!), but it’s not the newest and latest and greatest model. No worries, because Apple updates iOS regularly, adding new and great features every time, so you keep your device up to date because you look forward to all those newer and better ways of using your old iPhone!
But… after the update, your iPhone seems to work slower than before. Logically you think, newer software means more resource-intensive software, means slower iPhone. We’ve seen the this going on with Windows for years!
Many of us already had the idea that something more was going on, but now, Apple officially confirmed it: they are deliberately slowing down older iOS devices with new iOS upgrades! 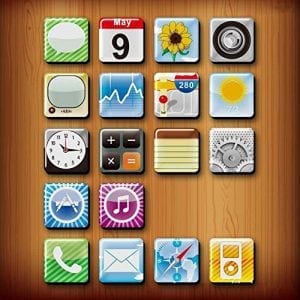 What’s happening to my iPhone? Why is it slowing down?

Now you can ask yourself: is that a good thing or not?  Apple says the reason they slow down your iPhone’s CPU is that of the battery. Your iPhone/iPad uses a lithium-ion battery, and one of the downsides of this type of batteries is that they deteriorate over time. Apple says, that if the performance of your battery is not sufficient enough anymore, it will not be able to deliver the peak currents that your iPhone’s CPU demands when using specific new features of the newest iOS version, and it may cause your iPhone to suddenly shut down. Would that be possible? Yes. Would you like that? Not sure, but I’m sure that I wouldn’t like it. Because one of the many things I love about my iPhone is its incredible stability, it nearly never crashes or reboots (unless I forget to charge the battery…).

Is my iPhone affected too?

So, now we know that Apple is indeed slowing down older iPhones. And we know why they do that. Whether that is good or bad, is a decision you should make for yourself. But the next question is: is YOUR iPhone affected too?
Possibly. If your iPhone is one of these models, there is a chance it is affected indeed:

But it doesn’t necessarily mean it IS affected. Good news, you can check that out yourself!

Download one of these two benchmarking apps, and benchmark your iPhone.
Geekbench 4 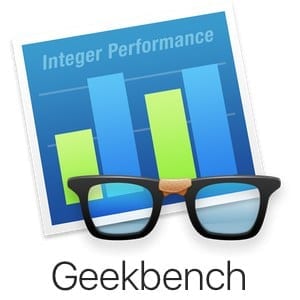 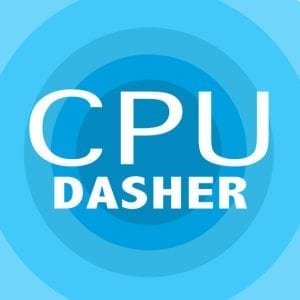 Next, run the benchmark, and check out your CPU Speed. If it is 10% or slower than the listed CPU speed for your model, you are affected by the Apple CPU Speed Limit.
These are the normal speeds your CPU should be running at:

What can I do about my iPhone being slow?

What to do next? Well, that depends. Apple wants you to believe that upgrading to one of the newest models of their iPhones is the only option. And that is exactly where Apple is being wrong in my opinion. Because there are more options! There are three in fact:
1. Buy a new iPhone (tempting though, I know!)
2. Leave it as it is, and learn to live with it (you can talk to people around you while you are waiting for Safari to load for instance!)
3. Replace your battery!
I can hear you thinking now: “What? Can I speed up my iPhone again by simply replacing its battery”? Yes indeed! Because a new battery can deliver the peak currents the newer iOS versions need. And thus, it won’t need to throttle down to a lower CPU speed.
And again here, there are three options you have:
1. If your iPhone is still under warranty, you can get the battery replaced by Apple for free. You, my friend, are a lucky iPhone owner!
2. It’s no longer under warranty, you can go to an official (or a bit less official) Apple repair shop, and have your battery replaced for a reasonable price (like 75€ or something).
3. If you have a steady hand and nerves of steel, you can replace the battery yourself! It’ll cost you some time, some sweat, and about 20€ for a replacement battery. But it will bring you a faster iPhone, and stories to tell to your grandchildren!
So, was your iPhone affected by the Apple CPU Speed Limit? How low did yours go? And what will you do with it? Let me know in the comments!