Roadtrip to Normandy: Photographic meditation at a pebble beach 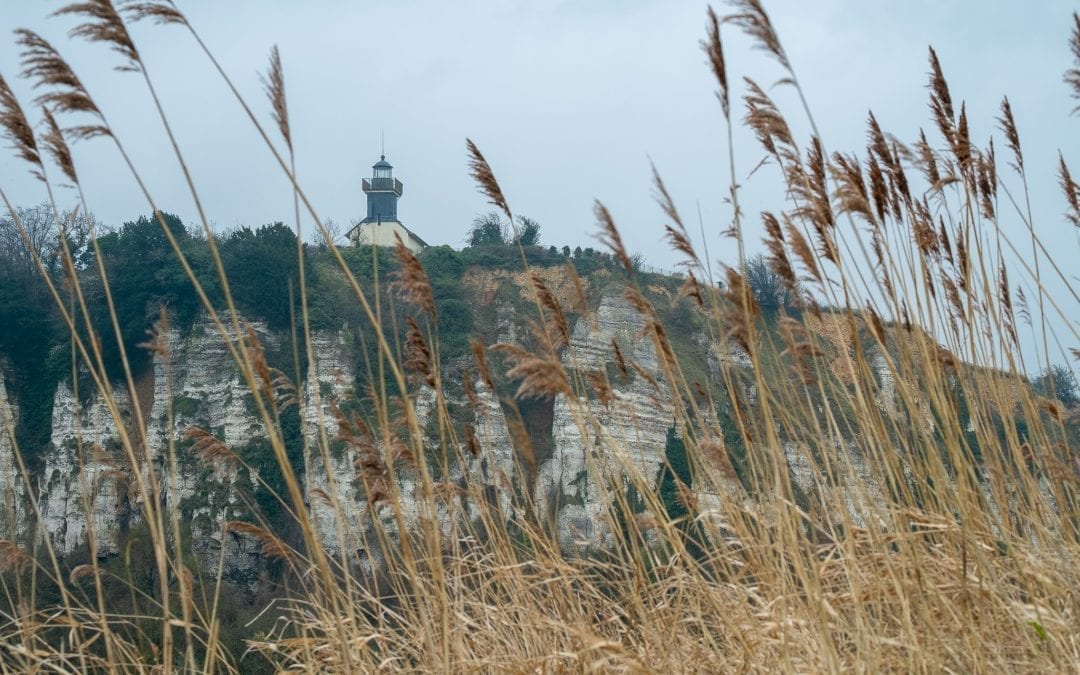 Nathalie and I have been together for 15 years this year, and our relationship still gets better and intensifies every single day. However, since we had both been married before, with children, we rarely had the chance to go out on a trip with just the both of us. That’s not a complaint, but about two years ago, both our mothers decided together that it became time that we went on a trip just by the two of us. So we got a gift box for a weekendtrip from them, and they would come over and babysit.

Fast forward to 2019, where both our mothers have passed away. The gift box was still in the cupboard, nearly untouched since we had to say goodbye to our mothers. As if we were still waiting for them to come babysit. The pain of the loss was just too much for us to even consider opening and using it. Not without them. We couldn’t.

But grief and pain get better over time. They never go away though, we still miss them every day, but dealing with it becomes easier, it becomes bearable. It gets a place in your life. And that is good. Time heals all wounds. And thus, the time had come to open the gift box, hoping its validity date had not passed yet. And sure enough, it hadn’t! But guess what: we only had three weeks left!

And so we started: searching for a destination we liked. Looking for a way to get there, which could be combined with work and life outside that weekend. Looking for someone who could keep an eye on the kids. That last bulletpoint was easily checked off, as my good friend Bart came over for the weekend. The other two were a bit less easy. Would we take the plane, be stuck on one place and with a tight schedule, but be on an almost certainly warm and sunny beach (in Spain), or would we opt for more freedom, but with a beach were wind and rain were a possibility (France). In any way, beach, or at least water, was non-negotiable.

Since freedom is in our blood, we opted for France, the coast of Normandy, and we would go by car. This way we could stay for (not really, but still…) as long as we wanted to, and we could go out and explore as much of the area as we wanted to. Both being photographers, that was of course what we needed.

So off to Normandy we drove three weeks later. When we left home, a thousand suns were shining, and the weather forecast promised an even better weekend, with only on sunday a possibility of some clouds. However, while we drove further away from home, and reached the French border, we noticed clouds and mist coming up. A quick check on Weatherbug told us that the forecast has been adjusted, to a little less positive, with a higher possibility of rain on Sunday. The closer we came to our destination, the more fog we saw coming up, and while we were driving in an area which is supposed to be very beautiful, and we were driving there around sunset (no, not a coincidence, we are photographers, remember?), we saw nearly nothing of the beautiful landscape surrounding us. And Weatherbug? The forecast had changed from totally cloudy, misty, chances of rain on Saturday, and mixed on Sunday.

We stayed in a little village called “Saint-Georges du viévre”, in a lovely Bed and Breakfast called “La Pommeraie“. The owner of the Bed and Breakfast is Marie. A lovely and very sweet lady, who does everything in her power to make you feel comfortable and welcome. Starting with a great, very tasty and extended breakfast, filled with home-made artisan products. And not only was she a great host, but she also helped us a lot finding some good places to visit in the neighborhood. Both to find some peace of mind, and some great photography spots.

After one of the best breakfasts I’ve ever tasted, Marie showed us a map of a nature reserve on the road to the coastal area. “Depending on your luck, there might be wild horses running around there!” she said. Well, we weren’t that lucky… No horses for us on that morning. And even if there were horses, I was not even sure we would’ve been able to see them through the mist! But we did come across a small village which gave an excellent view on the Seine, on its way to the sea. And low and behold, right at the time we arrived there and got our photo gear, a big sea-ship passed by right in front of our noses.

We enjoyed the view there for a while, and drove off again, in search for the horses. After driving around for over one and a half hour, we decided that we would give up on the wild horses. And settle for some lighthouses. For now. So we drove off, towards the beautiful coastal town Fécamp.

The pebble beach of Fécamp

First things first of course, after searching for horses the whole morning, we were a bit thirsty and hungry, so when we parked the car, before going to the beach of Fécamp, we looked around for a place to grab a bite, and we’d found ourselves a nice little restaurant called ‘La Flibuste‘. At first sight, it was their pizzas that drew us in, but upon seeing their menucards, we quickly changed our minds, and went for the insanely cheap (to Belgian standards) mussels. And not only were they cheap, they were in the top 3 of the best mussles we’ve both ever eaten!

But, upon arriving at the pebble beach of Fécamp, the mist had come up so hard, that we could barely see the water while we walking on the boardwalk. It did however provide for some nice pictures though! Which was why we were there after all, taking a break from the everyday picture taking, and gathering some new pictures to our picture library!

But no matter what the weather was like, and how little we were able to see from the total beauty of the place, it looked magnificent. Or mesmerizing is perhaps a better word here. We went onto the pebble beach of Fécamp, and sat down on the pebbles, near the water. We spent nearly one hour there, just sitting there, together, on the rocks, looking into the misty void, watching the waves come in, and most important, listening to the most beautiful and meditative sound they make. The waves come splashing onto the pebbles, which is already a beautiful sound, but then, when the waves roll back, they take the top layer of pebblestones with them, resulting in pure music.

After enjoying the calming and soothing sound and view of the pebble beach, we took some pictures and some videos for our archives. Yes, video too. Since a few months, we’ve started out shooting footage for stock too. More on that will follow in another blogpost.

The Needle and the Arches: Etretat

Our lovely host Marie had told us 3 places we could visit on the coastline. One of them was Fécamp, the third option was a small fisherman’s village where we should go to have dinner, because it has the freshest fish and the cosiest restaurants. So after Fécamp, we headed to Etretat.

Etretat is well known for “L’aiguille”, or “The Needle”, an extruding point and the three arches in the white chalk cliffs. It already looked impressive from the boardwalk, but walking during low tide was quite an experience. Not just because of the arches themselves (but that too), not just because of the rocky beach (but that too), but because of the remnants of World War 2 that you see there. There are bunkers hidden in the chalk cliffs, some even with the entrance under water during high tide. Walking there while darkness is starting to fall over the foggy beach and sea was really intense. It made us both feel small and humble. Both towards the impressive chalk cliffs and the arches, towards nature, but definitely also towards the history of mankind, the wars that have clearly been fought there. The countless lives that have been taken there. As if you can still feel their presence, their pain, their screams “never again”…

Still impressed by this overwhelming feeling, we decided it was about time to go check out our last stop for the day. The little fisherman’s village that Marie told us was the best for dinner. So we drove out to Yport.

It was indeed a lovely little village, as far as we could still see, because of both the fog, and it being well past sunset by this time. So we parked the car, and walked around the village. And yes, there were many nice restaurants, with tasty looking dishes, and happy people, on nearly all chairs, in all restaurants. Apparently, there were a few weddings that night, who each hired the whole restaurant, rendering so many less options for the other people, who were occupying all the other seats in the other restaurants.

Luckily, we knew that in Fécamp there were enough good places to eat. So we drove back there, and had a lovely dinner for two at “Le Pavillon“.

The day after was already the last day of our trip. And in order to see the kids before they had to go to bed and get off to school again the next day, we didn’t want to leave for home too late. But Marie told us we should visit Honfleur on our way back home, because it was totally worth it she said. And she was right. We did take a lot of photo’s over there, a lot which will work out very well for stock.

And then we had to head on home, because we actually were missing the children too! And then comes the next part of the journey: selecting, postprocessing and keywording the whole bunch of pictures we took, and getting them ready to upload on to the stock agencies.

And of course prepare for our next trip to extend our stock photo library. 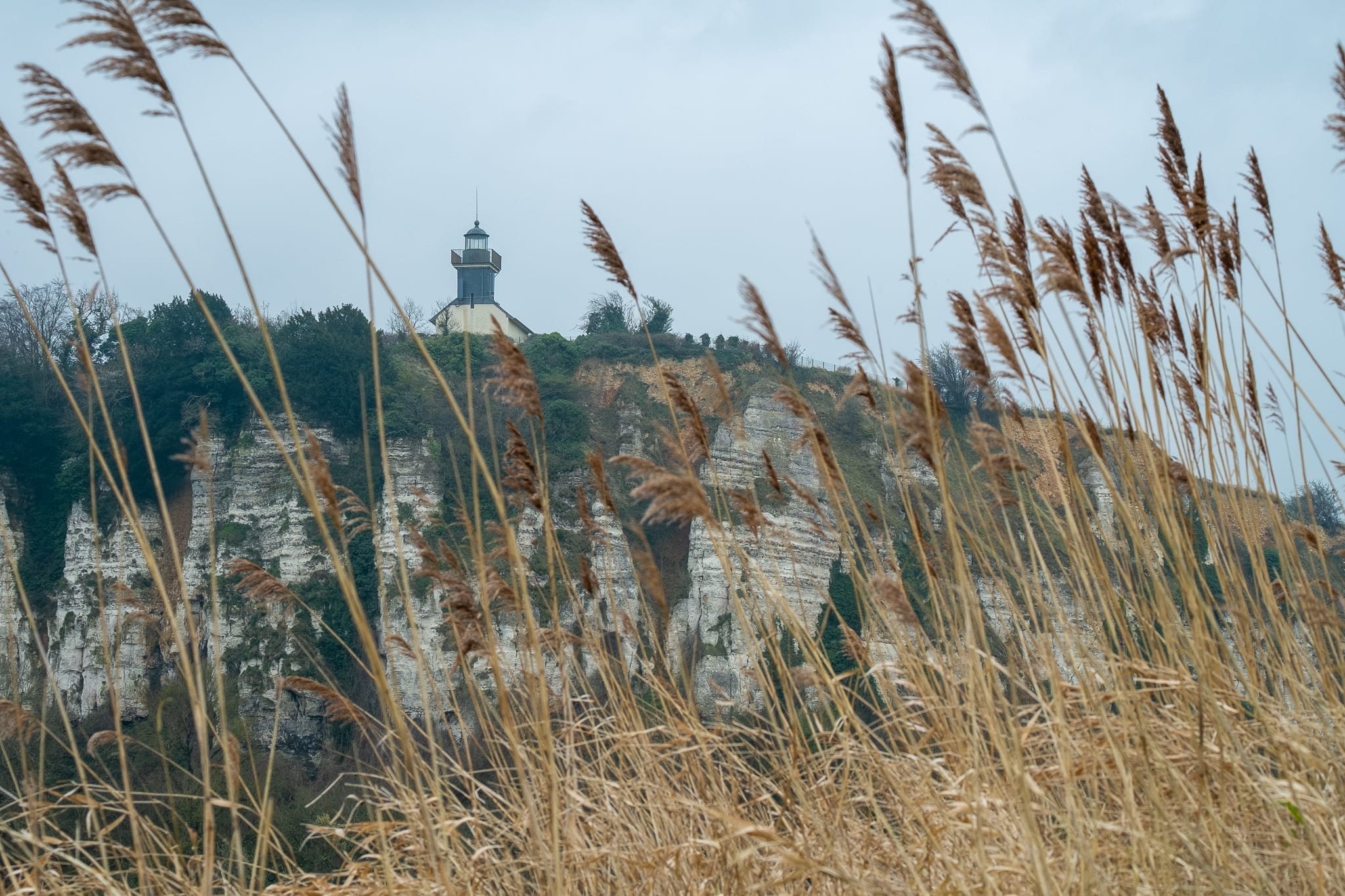