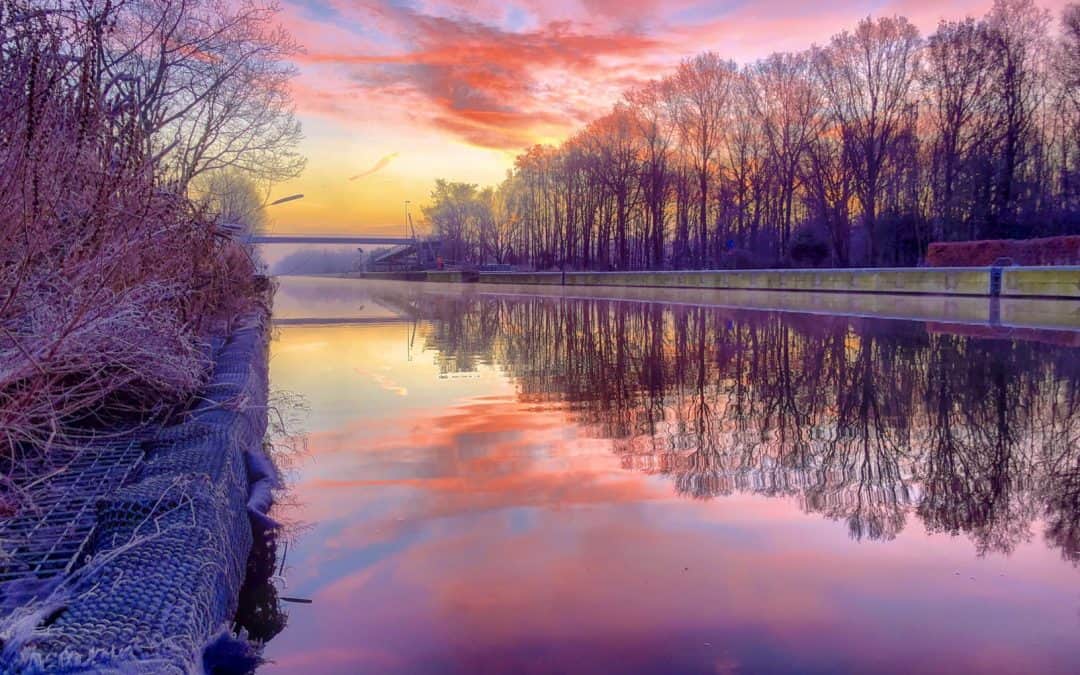 January, a dark cold month, with little chances to take photographs outside, especially not landscapes. Ok, you may be lucky here or there, when there is a day of snow inbetween the rainy grey days. But especially in Belgium, most days in January are just cold, dark, wet and grey. At least, that’s what you would think!

Indeed, it was cold. Yes, there were grey days. And I know, we had snow, but it only lasted for a few hours or so, it was gone before it even started.But boy, was the snow beautiful! And wow, did I see some magnificent sunrises this month! And, I even managed to capture some of them too!

So, did you become curious to find out which ones got appreciated most? Sunrises or snowlandscapes? Well, read on to find out!

Since commuting from Rijkevorsel to Brussels isn’t always the easiest nor the fastest thing to do, I try to work from home as often as I can. It saves me about 4 hours of travel time daily. I’m in general more productive while I’m working from the comfort of my own home. And most importantly, I can walk my daughter to school!

That specific advantage of homeworking is actually a double advantage, because not only does it allow me to spend a little extra time with my daughter, it also allows me to see the light coming into the day over the water of the canal. And while this sometimes is hardly noticeable due to the clouds, it often results in pretty nice images of sunrises! Sometimes from the dramatic and colorful sky, sometimes from the spooky effect of the mist and grey sky over the water.

And in January, I was pretty lucky, because I had some snow walks, and quite a few impressive skies, such as this one.

Most of the time, I don’t take my camera with me when walking the daughter to school. Mostly because I’m still holding on to the rim of my coffeecup as a dying man in the dessert to his last drop of water in the bottle. So when she yells ‘daddy I’m gonna be late for school, again!!!!’, I just grab my coat and hurry out the door behind her. Next thing we know, we are both awed by the beauty of the sky. So what we do next is cross the street to the waterside, and shoot some quick pictures with the iPhone 8 plus and Procamera, running to school to be there in time, thinking I will go home again, grab our camera gear to take some “real” pictures. Only to notice that when I’m near the water again on my way home, the wonderful sky has already turned back into its ordinary beauty. Still not bad, at all, but not what I was looking for. Luckily I already took some photo’s using the iPhone!

Postprocessing wise, the usual, shot in HDR mode of Procamera, selected the lightest part of the image for light metering, therefor underexposing the rest. This makes the colors already a tad more saturated. This combined with messing up the white balance (I know, the thing hates me for it) as you can see in the snow on the left, creates quite a dramatic picture to start with.

Popped it in Lightroom, and upped the saturation a bit again (you just can’t have too much saturation! Ok, we can argue about that…), together with the shadows, which got lightened up a notch.

The story behind this picture is actually quite similar to the story behind the Instagram picture of this month. This is another one while walking the daughter to school. It is just taken on another day, a slightly different time, and a different place. Actually, only a few meters before the place where the other picture was taken.

Technicality wise, as the story was pretty much the same, so are the technical specificities. Taken with the iPhone 8 plus using Procamera, on HDR, upped the shadows and the saturation a bit. 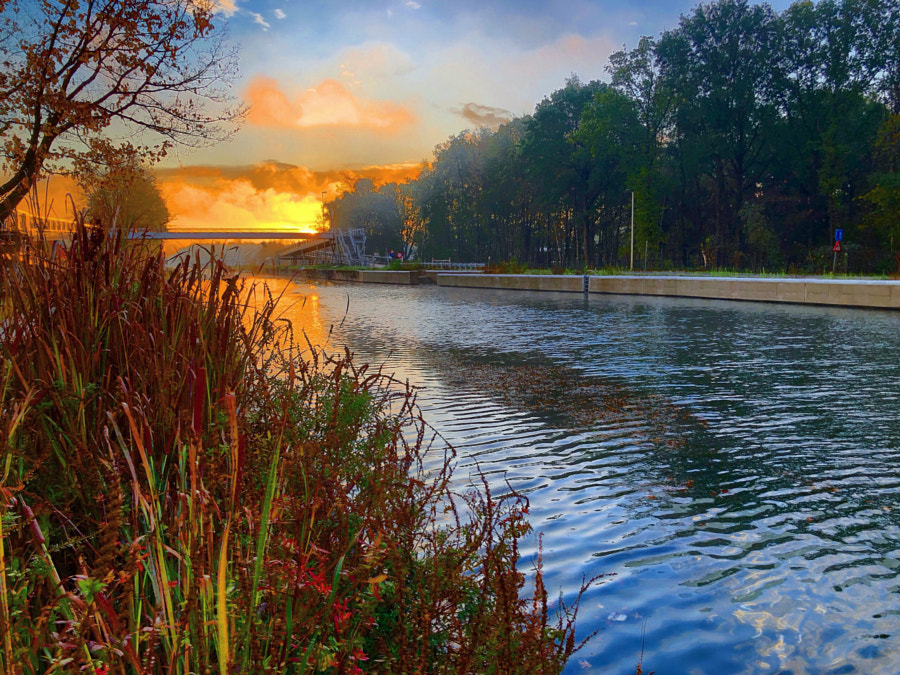 As was to be expected, the picture that won the month on Instagram would also be the top on some other social media. And indeed, it was also the most appreciated picture on 500px.

Since I’ve already told the whole story behind the picture, let me share with you the raw picture as it was taken straight out of (iPhone-)camera!

This months best selling stock photo is already an old one. It was taken a few years ago, while waiting for our clients with whom we were having a photoshoot inside the beguinage of Hoogstraten. Since we can almost never stop taking pictures, and you have to do what you do best, we took some images of the neighborhood while waiting.

This picture has been on sale on different stock agencies for several years already, and although it has been sold on both Fotolia/Adobe Stock and Shutterstock, it has sold many more times on Shutterstock.

As for the technicalities of the picture, I can’t really tell that much anymore, since it has been too long ago. I can tell you that it was taken with our Canon gear (So 5D MkI or MkII, or 1D MkIII), and postprocessing done was just our standard import settings and white balance correction.

All pictures that you see here, are available for sale via stock agencies, or print via our Smugmug page. If you have special requests or considerations, feel free to contact me. 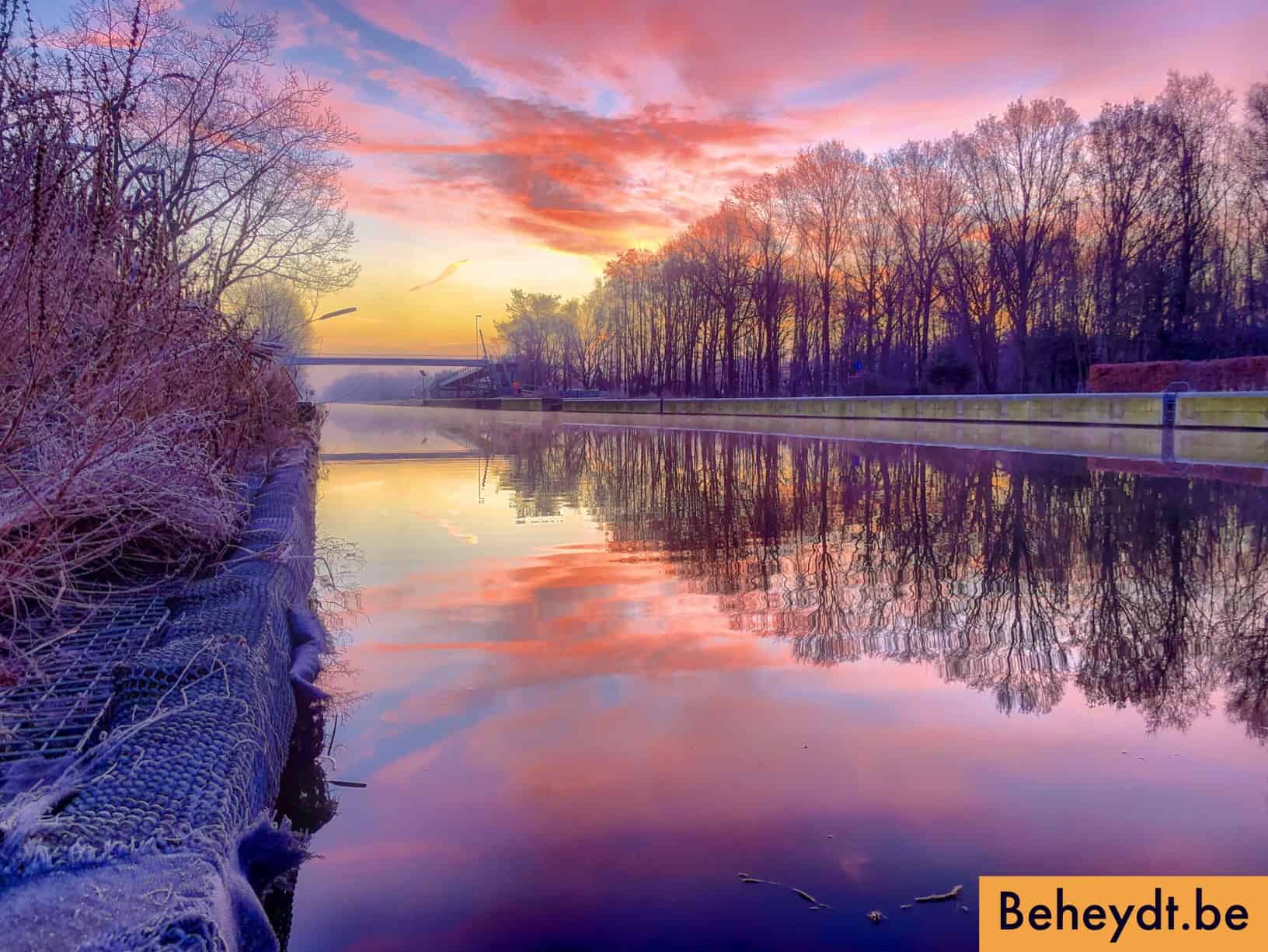