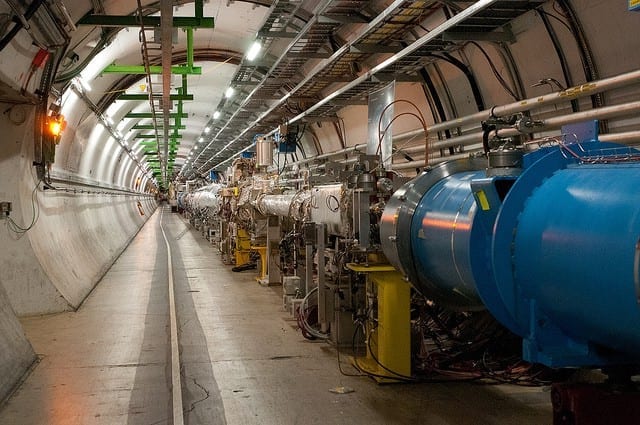 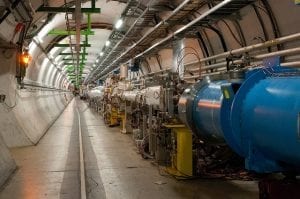 I guess I am not telling you anything new when I say that the internet as we know it is slowing down. Although more and more people are using broadband to connect to the internet, and even though the computers and servers are getting faster and faster, the overal internet is slowing down. The reason for this? Simple, the amount of users on the internet is ever increasing. And with the arrival of broadband, more and more people leave their computers switched on, and online all day and all night, with several apps running at the same time. Video, large pictures and music are the largest part of the data being up and downloaded.

This shouldn’t be any problem at all, but,… Our current internet is built around the current telephonenetwork. The cabling that is used for telephone, is not suited for pumping the massive amounts of data over it as is being done now.
However, rescue is on its way my friends! And it is coming in the name of LHC (Large Hadron Collider). The LHC is a new particle accelerator, developed by CERN in Genève (Switserland), which is going to be used to investigate the creation of the universe, Higgs Bosons, dark matter and dark energie , gravity, and many other things.
Needless to say, this LHC. requires alot of data. To say it in a number, on a yearly basis, the data it requires would barely fit 56 million cdroms.
To be able to deal with this issue, CERN has started the development of “The Grid”, a new computernetwork, based on optic fibre and state-of-the-art routing centra. At this moment, it has 55.000 servers available, but soon that will be 200.000 servers. At that moment (this summer, around the time the first tests with the LHC will start), the network will allow speeds of up to 1Gb/sec (yes, you are reading that right, One Gigabit per Second), or, in numbers again, transfer the whole ouvre of the Rolling Stones in approx 2 seconds.

*2016 Update: This article was written more then 8 years ago. In the meantime, The CERN has succesfully proven the existence of the Higgs Boson particle using the LHC, and continues the search for other mysteries to be solved.

As of the network, their Grid now has a data throughput of 10Gb/sec, and the technologies are getting in reach for mainstream usage.