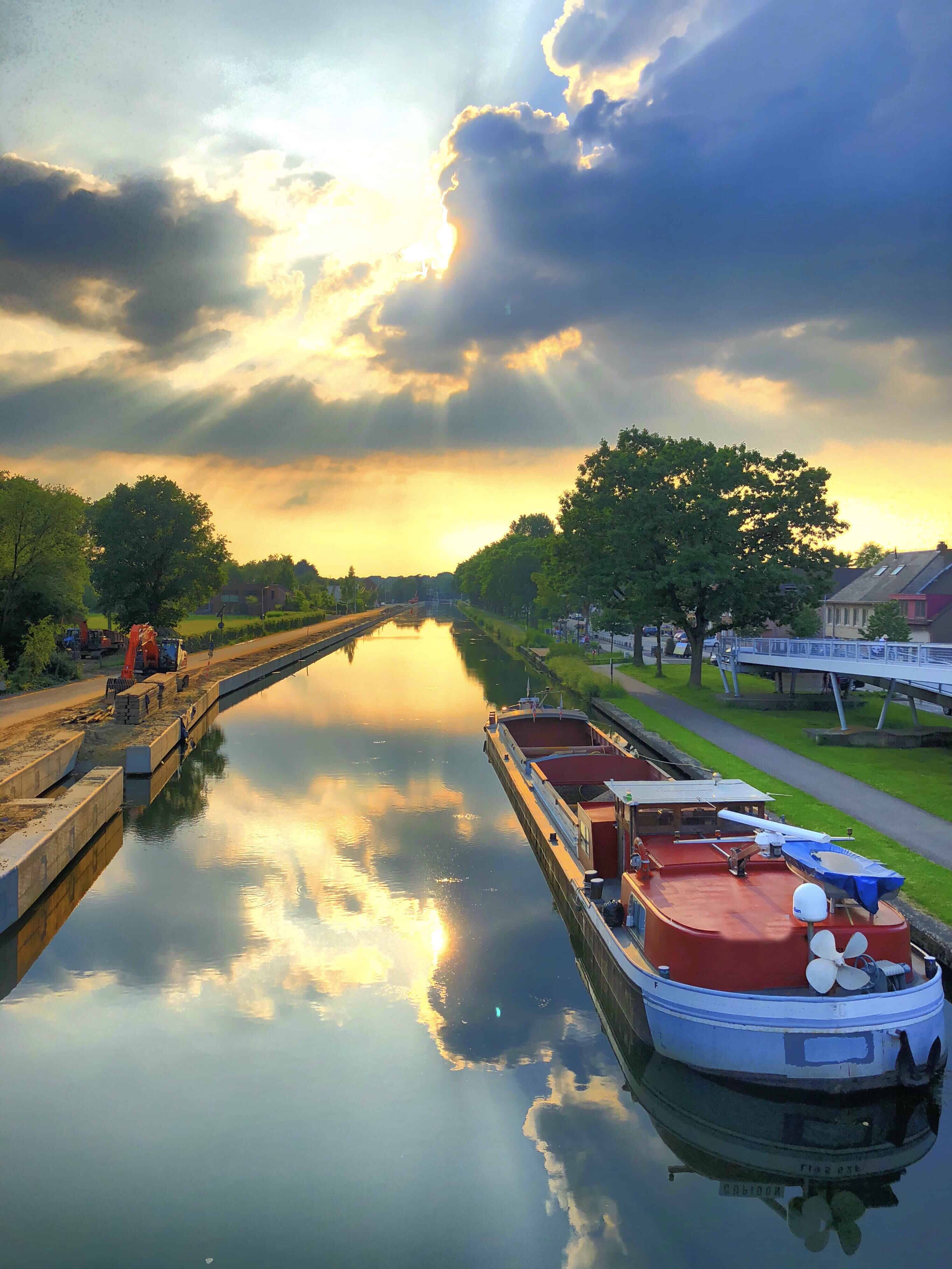 Busy busy busy! I know, I’m always rather busy, but due to a lot of changes and new things coming up, I’ve been extremely busy the last few weeks. So I’m going to make this a little less long post today 😉
Let’s see which of my photographs topped on the different social media in June!

One day, on a nice, warm and sunny day in June, we had some friends over for a barbecue. And instead of just sticking to that, we decided to take a walk in the woods after dinner. In order to go to the woods, we need to cross the canal. And depending on the time and the weather, the sun is really nice there. And, sometimes when you cross the bridge, a boat passes by, or is anchored to the quay. And on that specific day, all three were there, at the time we crossed the bridge.
As we were going for a walk, I took my Fujifilm, with the XF35 f1.4 on it, and shot some pictures. I also had the GoPro Hero3 in my pocket, so I shot some more. But then, I just couldn’t help myself, and took my iPhone 8 Plus, with, indeed, ProCamera, and shot two more pictures. One is a really nice picture, and the other one is this one.
Postprocessing wise, nothing much happened, just the usual tad of color saturation, but not much was needed there, the whole scene was already so beautiful, it didn’t need much extra punch.

Top photograph in June on 500px

Different picture, and yet, very related. This is basically the same place, but on another time of day, and from another point of view. The canal, but without a boat, and from the side instead of over it.
This one was take earlier on the day, and a few months ago. Taken with my then still trusty iPhone 6 and Procamera.
Postprocessing wise, only a small bit of saturation, but not as much as I would normally do. I love the fog over the water, and didn’t want to ruin that. 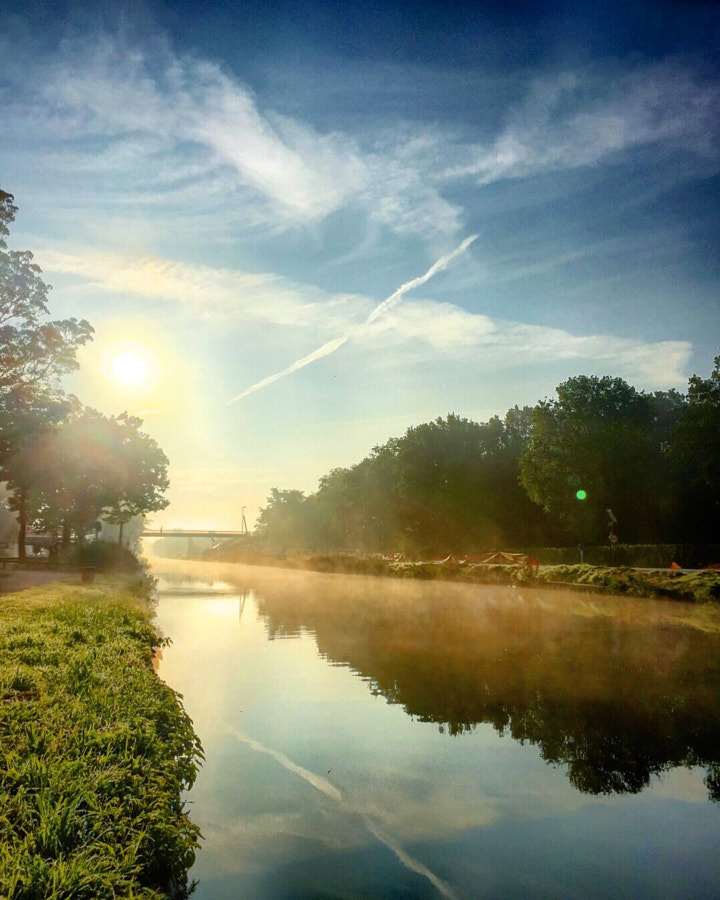 Top photograph in June on Steemit 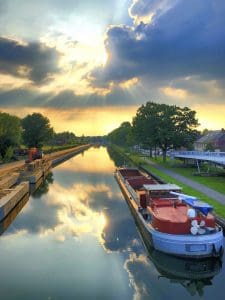 So, as I already mentioned above, the boat-picture is my favorite, But which is yours? Let me know in the comments, or on social media !